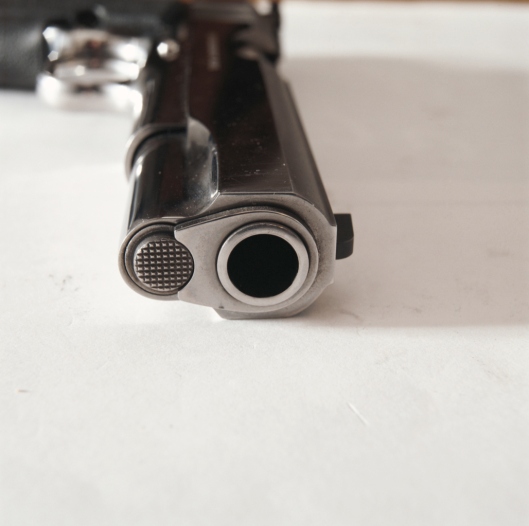 It’s Truth or Fiction Tuesday! To be eligible to win the $25 Amazon gift card remember to cast your vote using the comments box. For detailed instructions click here.

The breeze blew by her with a carefree lilt in it. She tipped her face to the sky and smiled in response to the sun’s gentle warmth on her cheek. It was a welcome change to the ruthless desert heat which had lingered beyond its season.

She took the book she’d been trying to read for the past month and cracked it open. The marker had been on page seven so long it would probably leave a permanent crease–thanks to her three children who now dashed through the deserted park like a band of pirates. After another glance at them, she found her spot and tried again to conquer page eight.

She reached chapter two when a shadow interrupted her focus. Its owner was a pedaling teenager, presumably coming from school. She smiled and started to look away, but met his gaze before he moved from her line of vision.

His bike stopped behind the chunky blue dinosaur where she sat, and her body went stiff. She calculated how long it would take to gather her kids and cross to where her truck sat like an orphan on the street. If his intentions were evil, they didn’t have a chance.

“Mommy! Mommy, watch me!” Three-year-old Maya plopped down on the slide, her chubby cheeks flushed and glistening. “But don’t catch me, okay.”

“Okay, baby.” She walked over to where Maya would land in the woodchips, then braved a look at the boy. Maya could have flown at her like a superhero and she wouldn’t have noticed.

He was watching her.

She couldn’t place what she saw in his eyes–anxiety, determination maybe–but it reinforced her initial sense of foreboding, and filled her mind with terrible scenes made for movies.

Get a grip, Lorraine. She was just being paranoid. She knew from experience that her imagination was boundless when it came to her children’s safety. Surely this was one of those times.

But he didn’t look away. Lorraine forced herself to stare back and size him up. He was average height, maybe just an inch or two taller than she, with a solid, muscular build. When she was younger–nothing but lank, limbs, and attitude–his height alone would’ve convinced her she could take him. She didn’t dare make such an assumption now, especially with her whole world running about the park on three pairs of short, vulnerable legs.

She appraised his cropped blonde hair, baggy shirt, and skater shorts. He also wore an earbud in one ear, with the other dangling from the front of his shirt. Apart from the hardness of his features and his constant fidgeting, he appeared normal. And, as she continued to stare, he gave a slight smile and finally looked away.

So it was paranoia.

Then why couldn’t she shake the dark feeling that defied the beauty of the day? It kept her from rounding up her children, for fear that something terrible would happen if they were huddled together with their backs to him in retreat.

It also kept her thinking of ways to fight and stay alive long enough to save them. She didn’t think like that. Why was she thinking like that? Why could he possibly want to hurt them? They didn’t know each other. In her many trips to this same park over the years, she’d never even seen him.

She couldn’t figure him out, or the ominous vibe that tickled her senses. As she puzzled over it, he mounted his bike, rode to the other side of the playground, got off, and began to pace. He pulled out his MP3 player for a brief look, then shoved it back in his pocket, all the while stealing unsettling glances at her. He repeated this ritual, including the bike trek, several times.

The pacing reminded Lorraine of an agitated tiger, tense and ready to pounce on the first thing within its reach. Coldness spread over her as intuition told her she had made the connection.

She and her little family were within his reach.

She began to pray wordlessly, ignoring the complaints of her older daughter Ria that Nate was throwing woodchips in her hair. Desperate for God to intervene, Lorraine threw up every solution she could think of, including striking the boy dead on the spot if needed–anything to keep him from hurting her babies.

She scanned his oversized clothes again, looking for the bulge of a weapon. She had to get close enough so that she could at least fight him for it. That was their only chance, if God let him live.

All of a sudden he stopped and faced her. Lorraine opened her mouth to scream for help. What came out was a controlled, “Hello.”

He blinked and pulled his brows together, confusion replacing the rigid set of his face.

“Are you waiting for someone?”

He paused as if he had to think about it, then shook his head. “No.”

“Just get out of school?”

“I’m a junior.” He walked with an unsure step and stopped close enough to touch her. Lorraine struggled to appear relaxed. “I would be a senior but I got held back,” he said.

“That’s terrible.” What a dumb thing to say. “The last years of high school are rough, though. You can’t give up. What’s your name?”

“Miguel. Or Mike. Either one.”

“I’m not. I’m adopted. My real mom left me when I was one. My dad left when I was four. I was adopted by a Mexican family, so I named myself Miguel. But you can call me Mike.”

“I’m sorry to hear that, Mike–about your first parents I mean. Are you and your adopted family new to the area?”

“No, just me.” His attention was momentarily arrested by a yellow-winged butterfly. “I got in trouble a few years ago, so I’ve been in foster homes ever since. I’ve been in this new one about a week.”

She chose to forego the obvious question and asked, “How do you like it so far?”

He searched her with plain brown eyes that seemed expert at reading people. “It’s okay, I guess. I don’t like the school. They’re real strict, with metal detectors everywhere. The family seems alright, though. I miss my other family, but I’m not allowed back there.”

Once he got going he didn’t stop. He proceeded to tell her about his brother going to the army, and how he wanted to follow in his footsteps, or maybe become a Marine. Though Lorraine picked up on the awkward slant to his social skills, she couldn’t help being touched by the soft earnest in his voice and how his hostile exterior seemed to drip away as he unloaded his burdens.

He wasn’t a dangerous teen after all, just a troubled one.

When he rattled off a list of artist names she’d never heard before, he frowned and asked, “Well what do you listen to?”

She laughed. “Christian music mostly. Anything else you probably wouldn’t know. I’m about twice your age, Mike.”

He looked skeptical for a moment then shrugged. “Well, you might like this then.” His thumb whipped around the dial on his MP3 and he offered her the earbud resting on his chest.

Lorraine suppressed her inner germophobe and took it. He needed love, not her ridiculous hang-ups. The song, Stand By Me, was in English but infused with a Latin sound. Lorraine smiled and sang a few lines before handing it back to him.

The sprinklers came on and drew the kids like magnets. Lorraine and Mike talked more, mostly about his dreams and how with hard work he could achieve them, and she relaxed as he soaked up her attention like a happy sponge. He was handsome when he smiled.

A truck drove by, and Mike sagged when he saw it. “That’s my foster dad,” he said. “Guess I better go.”

“Okay,” Lorraine was sad to have him leave so soon. She almost forgot she’d been praying for his destruction earlier. The memory made her feel silly.

“See you around,” he said. He hesitated, then dropped his heavy arms over her shoulders in a loose hug, and touched her cheek with the quick kiss young boys give their mothers. It broke her heart.

“I will.” He jogged to his bike and tripped just as he reached it.

He recovered quickly, pulling the bike up with him as he stood. He adjusted his shirt, which had lifted during the fall, and Lorraine caught sight of a gun lodged in his waistband.

Her mouth dropped open. Mike, however, didn’t notice. He flashed her one last smile–radiant and beautiful–threw his leg over the seat, and pedaled off in the direction he’d come from.