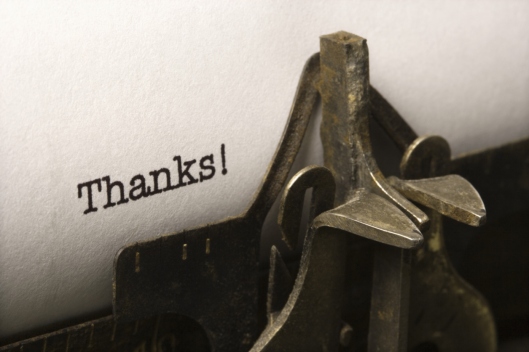 “In everything give thanks; for this is the will of God in Christ Jesus for you.”
~ 1 Thessalonians 5:18

Recently, on a day like any other, my three kids and I set out for an evening of gymnastics and Kenpo practice, with a potential coffee stop squeezed in. The smell of mint wafted from my older daughter’s tea mug. The youngest girl crunched on a carrot as if it were her last meal, and my boy pretended to finish homework (I saw him tuck a toy in the jacket of his Gi before leaving the house).

We sat in the left turning lane behind a line of cars, underneath a partly cloudy sky. Tires screeched. Metal crunched. We lunged forward. Slammed backward. I screamed.

My pulse pounded in my ears, and I couldn’t hear anything else for a moment. The surge of adrenaline made me dizzy. I couldn’t believe I’d been hit, or that my kids were in the car.

I turned to them. “Is everybody okay?” They were shocked, but otherwise unharmed. Praise God.

I got out, shaking, and walked to the car responsible, its front end demolished. Behind the deployed airbag sat a young man wearing a dazed look of dread.

He looked himself over and nodded, though he didn’t seem entirely sure. “Can I drive?” He pointed at a parking lot. Smoke drifted up from the remains of his hood, fluid poured beneath it.

“No. You should probably get out.”

By the time the ordeal ended, the police, a fire truck, and the boy’s parents and sister had arrived on the scene, and a tow truck was on its way to haul off the totaled car. I pulled my Chevy Suburban (a vehicle I shamelessly endorse) onto the road with minor rear-end damage.

Before leaving, I’d assured the boy and his family, “We’re fine. No one is hurt. It’s not the end of the world.” But for that eighteen year old, I could tell his world was crashing fast. He looked distraught, despite his parents and sister loving on him and stressing how much they cared about him and not the car.

I wanted to comfort him myself, pull him in a hug, wipe his tears and make certain he understood that the wreck, as horrible as it seemed now, would be just a memory someday. But he’d had enough trauma. The last thing he needed was some stranger bear-hugging and petting him.

He saw the totaled car and cried over what that meant for his family. What it would cost them. How they would replace it. He didn’t consider their joy over the fact that their son had walked away from a thousand pounds of crumpled metal unscathed.

Thankful that even though my son and I have a homework showdown every afternoon, he’s come home safe every afternoon. Thankful that although my daughter’s already showing signs of adolescent attitude, I get to kiss her sleeping face every night when she looks most like an angel.

Thankful because, while my edits are taking much longer than I intended, they’re getting done, and I’ve got somewhere to send them. Thankful that no matter what the day brings–good or bad–I’m loved from on high by One who suffered and died for me.

Sometimes it takes a crisis to wreck our negative perspectives; to take our eyes off all that’s wrong with the world and refocus them to see the joy, the love, the good.

I regretted not saying all I wanted to comfort the young driver before I left. I’m thankful his driver information comes with an address where I can send a card of encouragement. I can only hope I don’t look like a stalker when it arrives.

Your turn: What are you thankful for?

5 thoughts on “A Wrecked Perspective”